Are you getting ready for Christmas yet?  We hope you have been able to visit some of Vienna’s famous Christmas markets.

Don’t forget to do your shopping in time… the upcoming holiday season is full of bank holidays, where all shops are closed.

Since this year Christmas Eve and New Year’s Eve are Sundays- shops will be closed for longer than usually.

Christmas Eve (Heiliger Abend):24th of December: In general this is not a bank holiday but people usually finish work early and shops close by 2pm in order to be able to prepare the evening.  The Christ child (Christkind) secretly decorates the Christ­mas tree and brings presents. The presents are opened on the same evening.

New Year's Eve (Silvester) 31st of December: This is not a bank holiday. Have a walk through the 1st district, which is very popular.  Shops usually close at 3pm. Fireworks are traditional. At mid-night the bells of Stephen cathedral ring. It is customary to give relatives and friends good-luck charms for the New Year, such as marzipan pigs, clovers, chimney sweeps and mushrooms.

New Year's Day (Neujahr) 1st of January: Official bank hoilday. The traditional Vienna Philharmonic Concert, featuring the music of Strauss, is broadcast via television to more than 40 countries in the world. On ORF (Austrian channel) you can watch the concert around 11.00 a.m. Stores are closed.

Epiphany (Heilige Drei Könige) 6th of January: Official bank hoilday. Young people dressed as the Three Wise Men with a star bearer go from house to house to bring good tidings and news of Christ's birth. They collect monetary donations for underdeveloped countries (but appreciate a small gift of cookies or chocolate). Usually they'll write C(aspar), B(althasar), M(elchior) and the year in chalk over the entrance of Roman Catholic homes. Stores are closed.

We wish you a peaceful Christmas time and a happy new year! 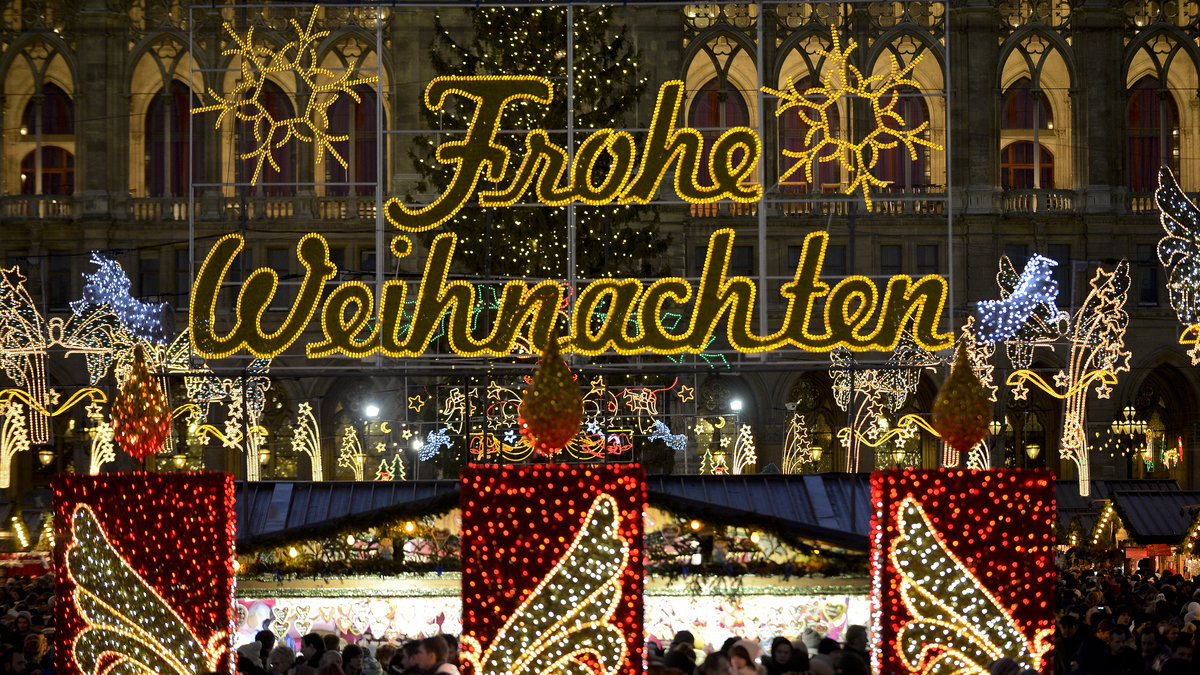